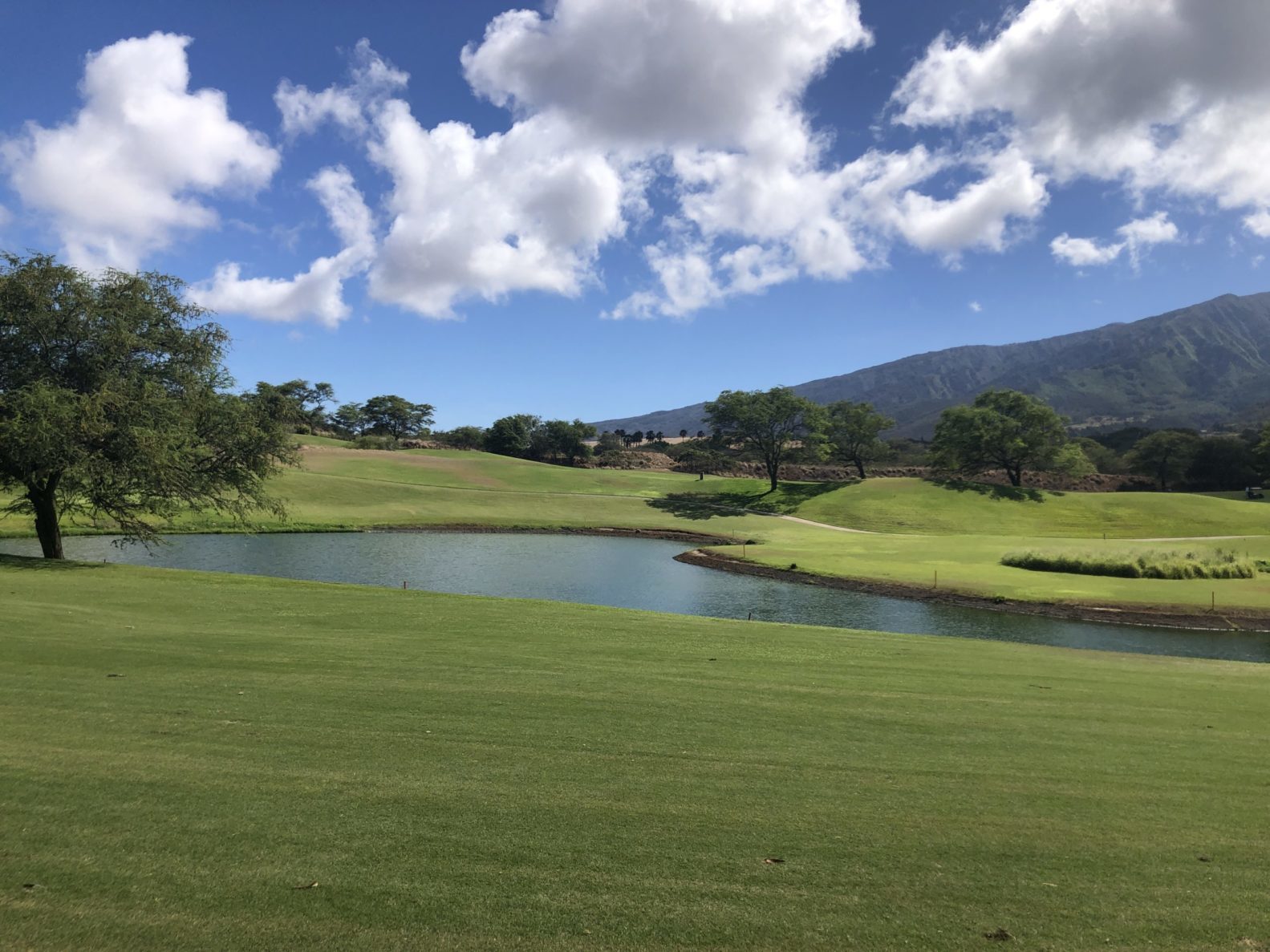 Welcome to Central Maui - the part of the island that is likely to first greet visitors when they arrive on Maui. While it may be a transit point for some rather than a destination, Central Maui is far from just a thoroughfare. This vibrant community has a rich history, beautiful beaches, and a host of great attractions and activities. There’s something for everyone to enjoy! 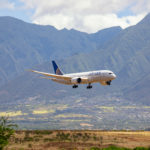 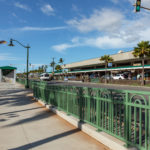 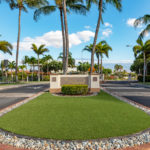 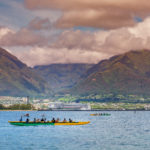 Central Maui Community at a Glance

Stretching between West Maui and Haleakalā, the Central Maui region has been home to Native Hawaiians for centuries. The area was once an important agricultural center, and many of the sugar cane plantations established here in the 19th century have recently ended operation.

The area’s largest towns in Central Maui, Kahului and Wailuku were and still are united by their shared history and culture. In the late 1700’s, the Big Island’s King Kamehameha slaughtered King Kahekili (Maui’s chief). It was a huge battle, and the first time modern weapons were used in Hawaii.

Fast forward 100 years and sugar became the link between the two towns - with a railroad track transporting cane from the bustling village of Wailuku to what was then a quiet little port town - Kahului.

As the sugar workers demanded better housing, Kahului was developed as a ‘dream city’ with three-bedroomed houses built to replace their existing plantation house abodes. By the 1950’s, the first families had moved in and Kahului became a fully-fledged town. Today, Kahului is home to the island’s main airport, while Wailuku serves as the county seat for Maui. 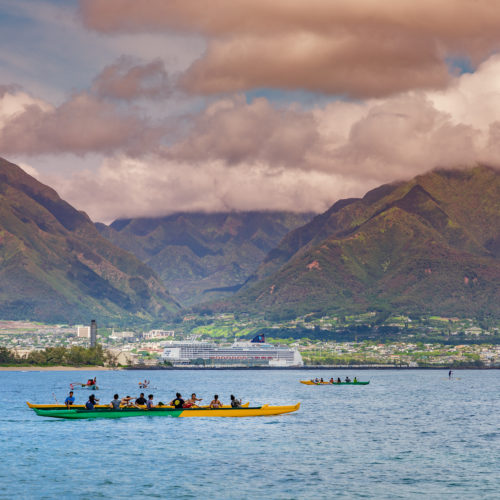 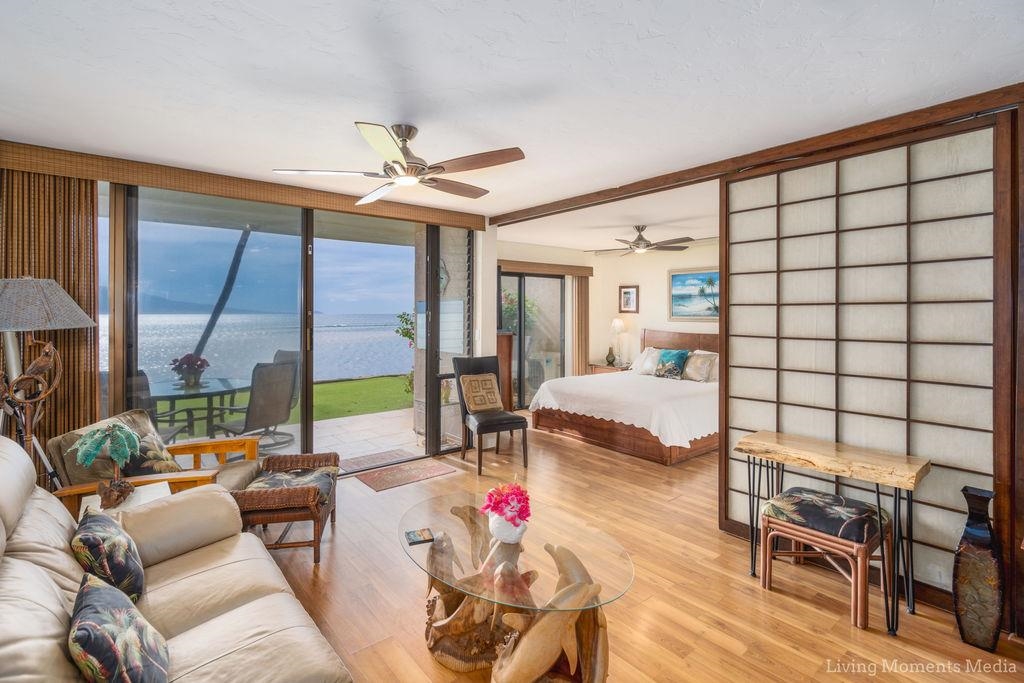 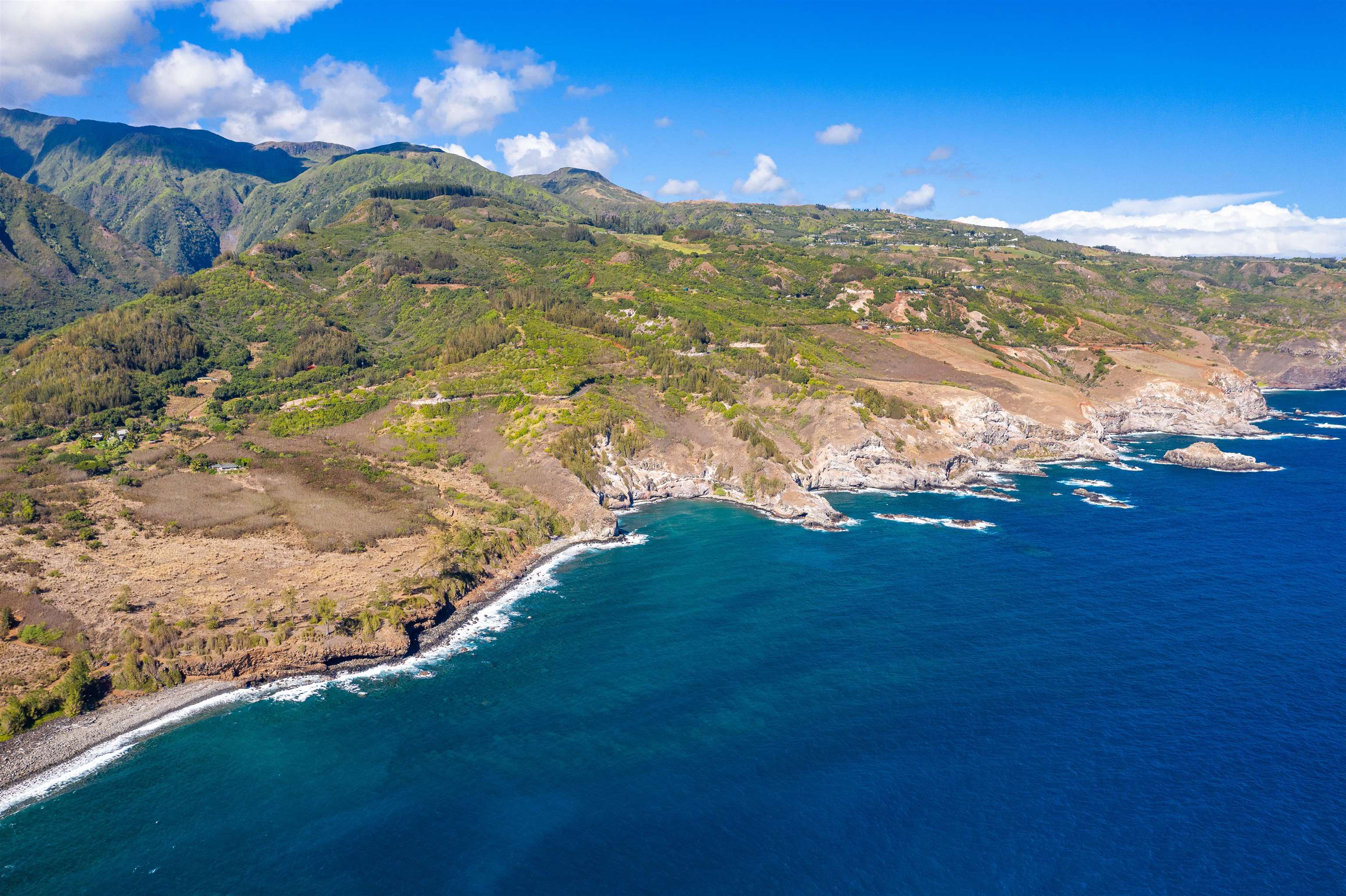 Central Maui is home to some of the island’s best beaches including Kanaha Beach Park, Sugar Beach, and Spreckelsville Beach. 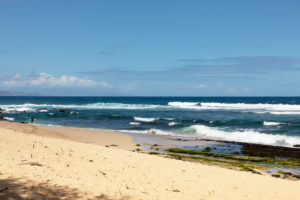 Popular for visitors and locals alike & bordering the North Shore, Spreckelsville Beach is one of the most beautiful beaches on Maui, with its white sand and clear blue water - perfect for swimming, sunbathing, and snorkelling. With several restaurants and cafes located nearby, it's a great place to spend a day in the sun. Take note, bathroom & facilities are not available. 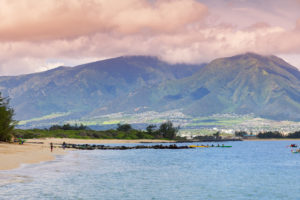 Also know as kite beach,this wide expanse of golden sand close to the airport is popular with windsurfers and kite-surfers thanks to the steady trade winds that blow here - making it the perfect spot to learn or practice your skills. There’s also a great selection of restaurants and cafes close by should you need to refuel. 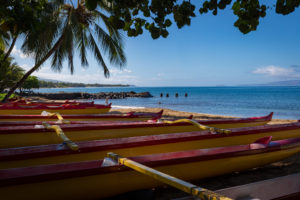 Nestled between Kahului & Kihei, Sugar Beach offers miles of lovely scenic morning or sunset walks. The trades winds cool off the air but the lack of restrooms and lifeguard towers do pose a small minor objection. As you make your way towards Kihei, you will spot canoes, paddlers, SUP and avid watermen.

Central Maui’s dining scene has something to suit every taste and budget - from casual beachfront cafes to fine dining restaurants, and some fabulous food trucks too for the times when you need a quick bite on the go.

Getting around Central Maui is easy whether you’re travelling by car, bike, or on foot. The area is well served by a network of roads and highways, and there’s also a good selection of car rental companies should you need to hire a vehicle for your stay.

If you’re looking to explore the area on two wheels, then there are several bike rental companies that offer both mountain and road bikes for hire. And if you’re feeling energetic, then you could always try walking or running - both Kahului and Wailuku offer plenty of opportunities to stretch your legs.

Maui’s primary airport (OGG) is located in Kahului in the heart of Central Maui, making it easy to get to and from the island. The majority of flights in and out of Maui go through Kahului Airport.

The small airport, also known as JHM, is a regional private use airport, built in 1987, with a single runway and terminal and support facilities. Although it is an hour drive from Central Maui, the intimate airport is perfect for island hopping 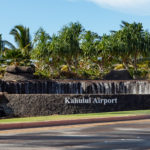 Central Maui is home to some of the island’s best shopping, with a wide range of shops and malls to explore.

Maui Mall and Queen Ka’ahumanu Center are both situated about 5 mins from the airport in Kahului and cater for most retail needs offering 100’s of shops and restaurants between them. Maui Mall in particular has a good selection of big-box stores and also a 12-screen movie megaplex.

Wailuku is the historic ‘downtown’ of Maui with a more local and boutique feel. A stroll down Market Street will reveal an eclectic mix of galleries and shops selling everything from Hawaiian arts and crafts, books and vintage clothing, to contemporary gifts.

The Maui Swap Meet is a great place to find souvenirs and gifts, and for something a little different, check out the Kumu Farm Farmers Market at Maui Tropical Plantation - it’s open Monday through Saturday from 10:00am to 4:00pm and there’s always a bountiful supply selection of farm-fresh produce on offer. 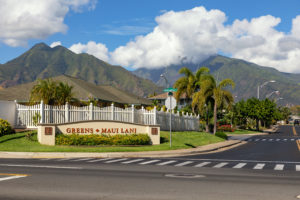 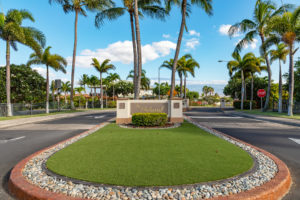 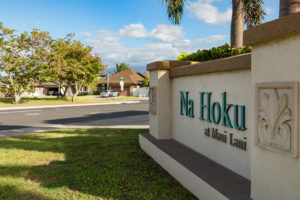 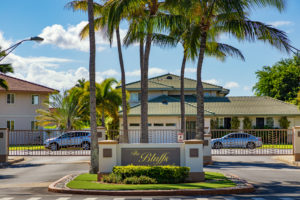 The Bluffs at Maui Lani 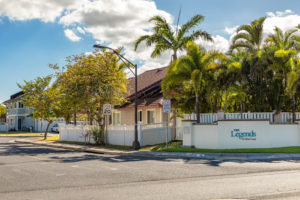 The Legends at Maui Lani

Among the many attractions in Central Maui, there are a few that are particularly popular with tourists such as Ma’alaia Harbor, the Maui Ocean Center and ‘Iao Valley.

For those looking to explore the island's culture and history, Central Maui is home to some of the island’s most important historical sites including the Bailey House Museum and the Wo Hing Temple Museum. The Alexander & Baldwin Sugar Museum is also located in Central Maui and is a must-see for anyone interested in the island’s sugar history.

For those looking for a more active experience, there are plenty of sporting and outdoor activities to enjoy in Central Maui. Windsurfing and kiteboarding are popular activities at Kanaha Beach Park, while hiking and biking trails can be found at ‘Iao Valley State Park. Golfers will find several world-class courses in Central Maui including the Dunes at Maui Lani and Kahili Golf Course. 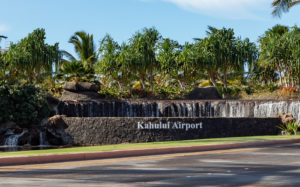 Kahului Airport OGG Maui, Hawaii Kahului Airport (OGG) is Hawaii’s second busiest airport. Located on the picturesque island of Maui, OGG is the main airport for Maui County. It is a regional airport, catering to both domestic and overseas flights. The airport occupies more than 1300 acres of land and has two intersecting asphalt runways […]

Maui is made up of several different sub-climates. As a result, the general weather pattern differs according to the region.

Parts of Central Maui are typically very wet (Iao Valley is rainforest wet and therefore very lush and green) and other parts are very dry (the area where Kahului Airport is located is desert with little rainfall and lots of sunshine).

There are two seasons - Winter is November to April, and Summer running from May to October. Temperatures can be deceiving through the year due to the steady refreshing winds which increase with the heat as the day goes on. The biggest variation between the seasons is the rain with significantly more precipitation during the winter months.

For more Information about available real estate, get in contact with Living Maui Real Estate, LLC.

Come and explore unique Kapalua, speak with Kimberly at Living Maui Real Estate on (808) 359-1161 and she will help you find the right home for you. 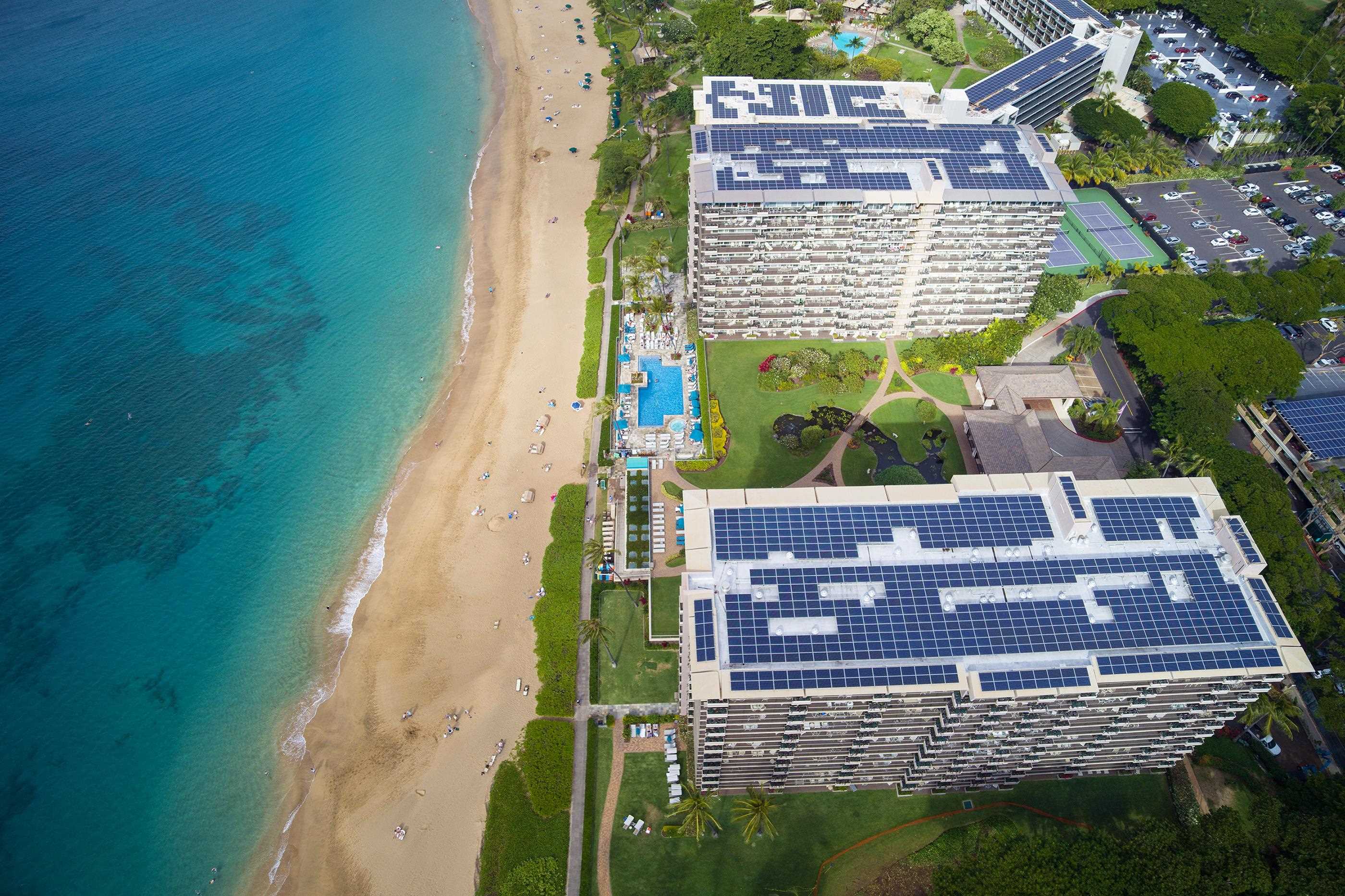 Send us your email and Living Maui will send you monthly updates featuring all that the beautiful communities of Maui have to offer, including highlights of the best real estate on the island!

Thanks for your interest! We’ll be in touch soon.